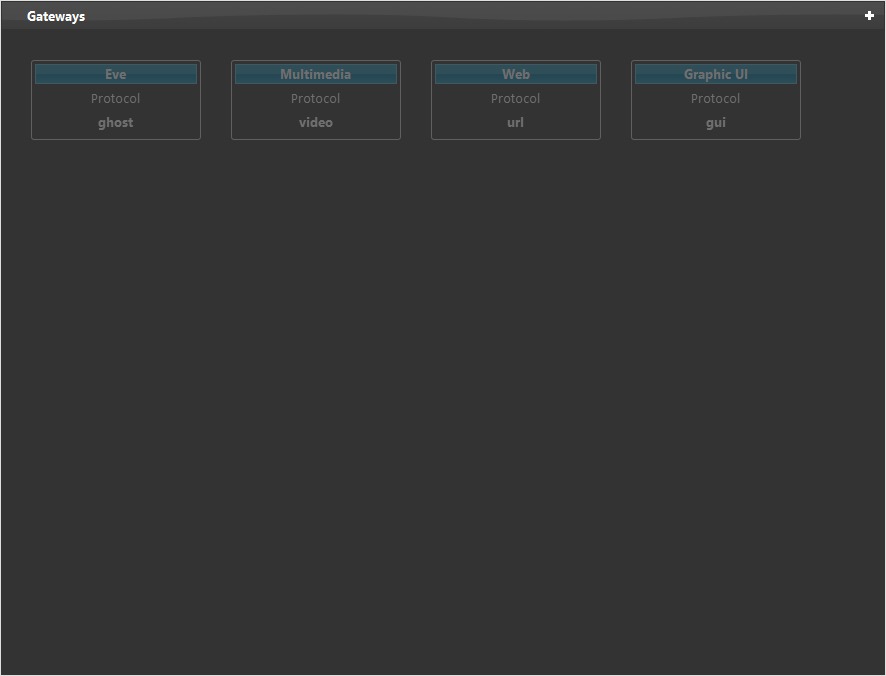 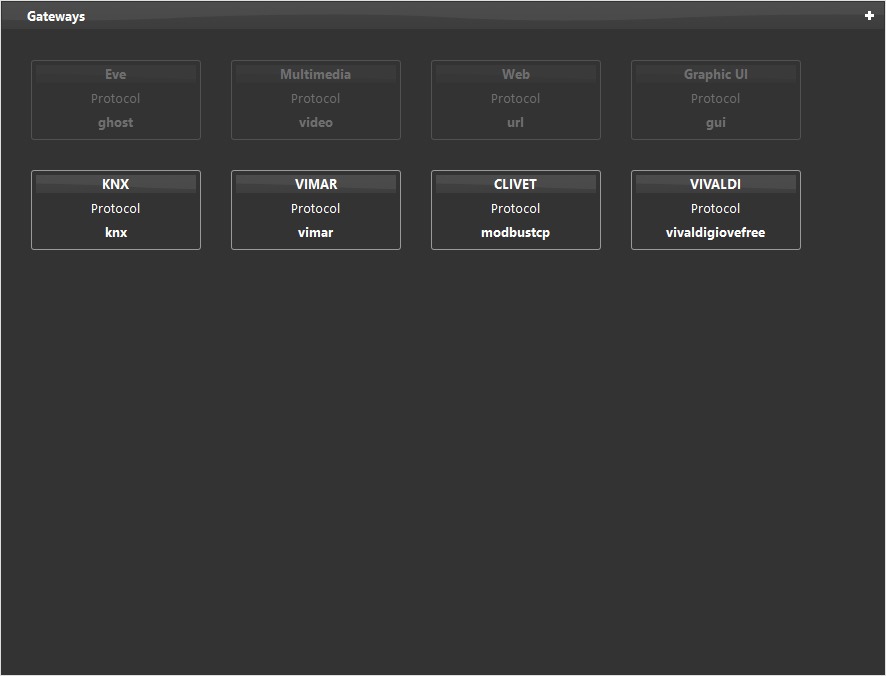 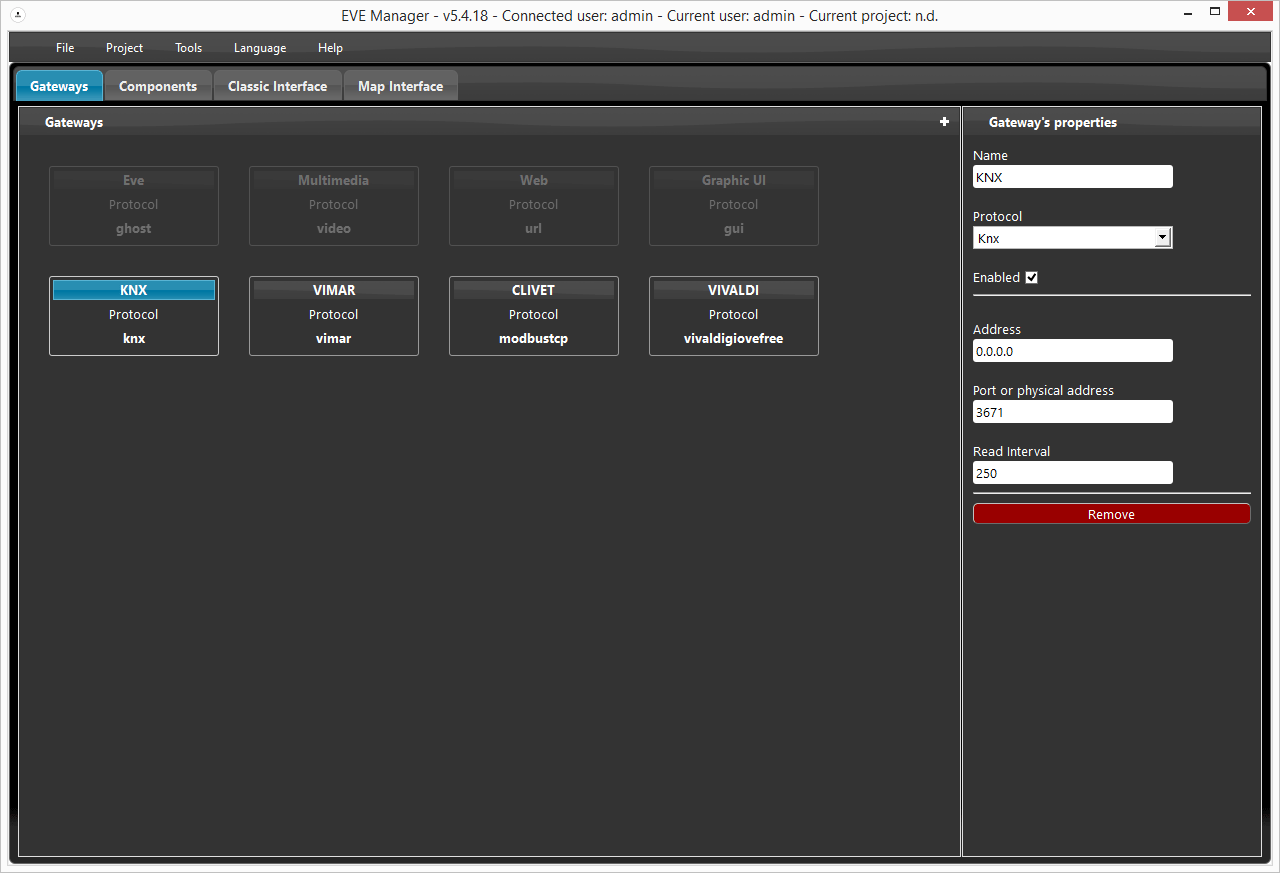 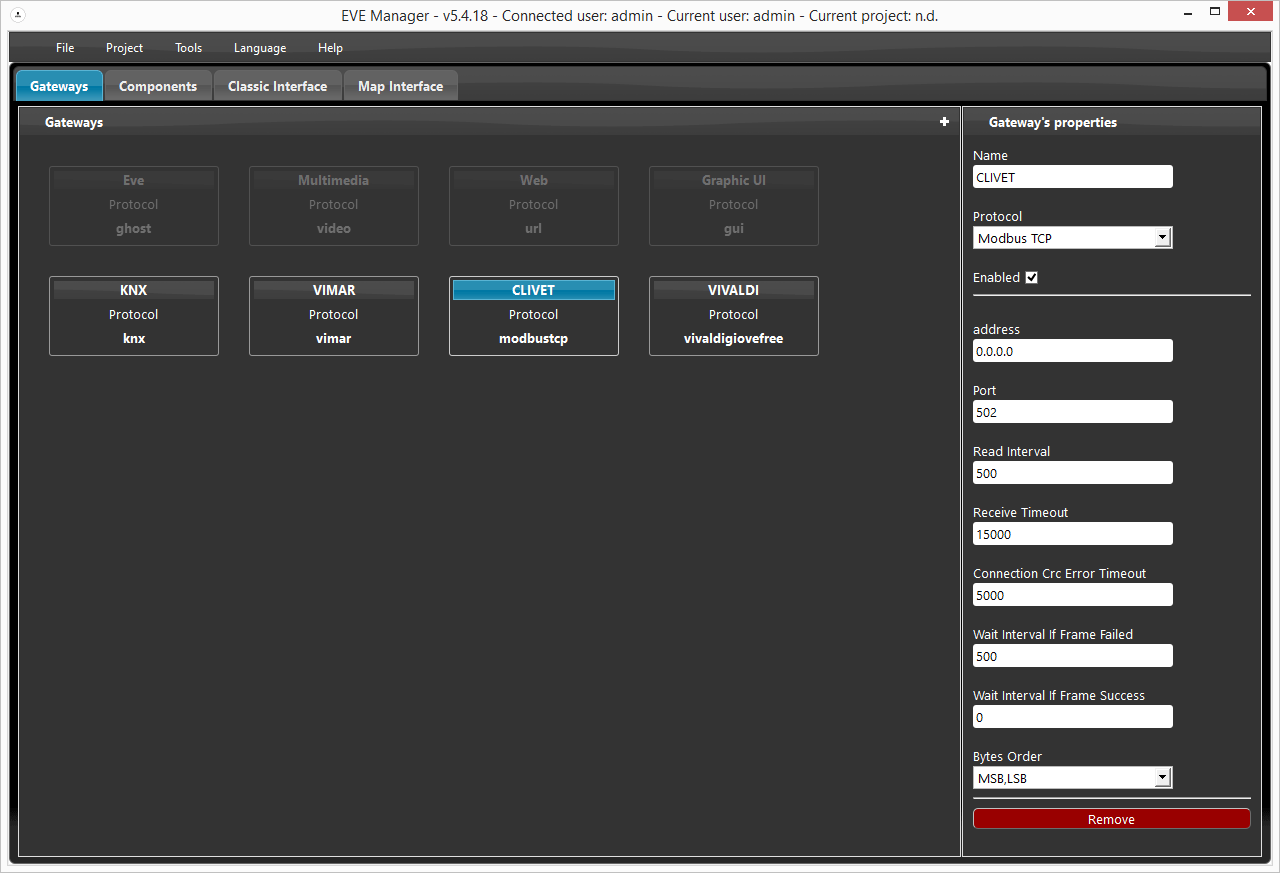 For each component configured with Ghost Protocol does not match a real device in the physical world. In other words a component with Ghost protocol is a “virtual” component. Components used with this type of configuration are components with supporting function: they are created to be used in the EVE Remote interface or to perform calculations on the server. For example, a virtual Switch component can be used as input of a logic gate to enable / disable a sensor, or as an output to be used later in the IF component. Again, a virtual Info component can be used as output of Calculator component to display sum of several energy values ​​on the EVE Remote interface.

EVE system has implemented several protocols (KNX, VIMAR, BTICINO, VIVALDI, MODBUS TCP) which allow to integrate many different systems together. Any protocol require a specific configuration, this is why we provide a brief description of all the available protocols and then get further information on the dedicated web pages.

This is one of the most widely spread protocols. When using RTU / ASCII devices it is necessary to use a serial server converter to act as the master and control devices connected to the bus.

This protocol is used to send messages throught the network. It’s widely used in the Home automation because of its suitabily and ease of set up, by coding short script in Java it allows you to send and receive messages. This messages are sent to specific “Channels” called Topics that allows to talk to a IoT device where ever it is. There is another entity called Broker that is in charge to send the messages from the clinet to the IoT device.